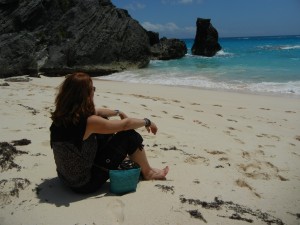 I’m a transplanted Yankee from Ohio where I was born and raised, but have been a “Southern Girl” longer now than I lived in the north. I am only a few short hours away from lush Carolina mountains to the west and grand beaches to the east.

Art and Music have been a part of my life as far back as I can remember.

Music has been a passion since my early childhood when I would spend Saturday nights at square dances where my father played guitar in the band. When I was seven he started teaching me to play his 1948 Gibson flattop my mother had given him as an anniversary present. When I was ten he gave that guitar to me and my music story began. It is still be written to this day.

Art developed right along with my music at an early age and I was blessed with an eye for creativity that has served as my career for over 30 years. My art was generated before the onslaught of computer technology, so I was introduced to many forms of art including silk-screening, sculpting, and working with fiberglass in my early years. While working on my BFA from Ohio University, I developed an interest in Graphic Design and a more marketing oriented path opened for me. After graduation I landed jobs in advertising agencies in Ohio, West Virginia and North Carolina. I always had a passion for Fashion Illustration and was also able to utilize that talent in retail stores as well.

Freelance Graphic Design is where my career path has led me and I love it. It affords me the opportunity to do many different kinds of projects with many different kinds of clients and I look forward to each and every new project and client I come in contact with. I have also built a steady client base which feels more like “family” to me than clients.

I love my job!